This work is licensed under a Creative Commons Attribution-NonCommercial-NoDerivatives 4.0 International License.

A while back at Steve and Mary’s Culloden commemoration weekend fundraising event, this landed on my lap… 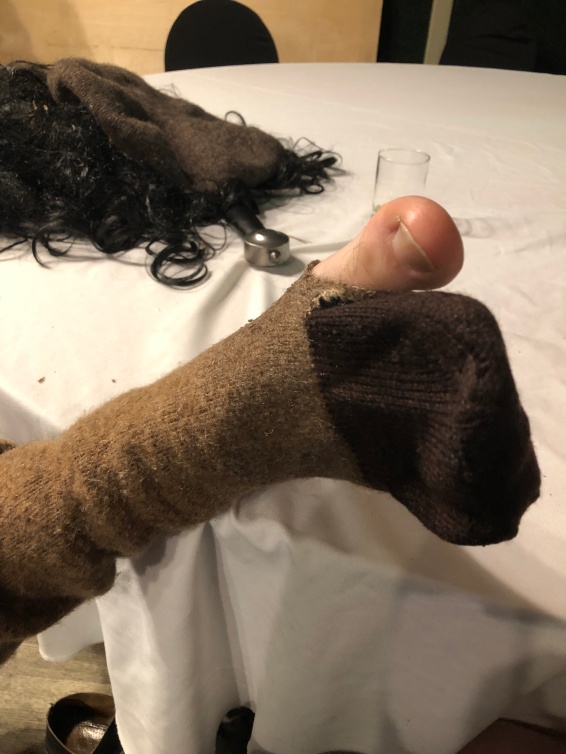 It had holes, despite my having already repaired them once before, and they reeked to high heaven!

This is what they looked like only about 18 months before, when I had made them for him. The first time around, I used Shetland jumperweight wool in natural moorit (from Jamieson and Smith). 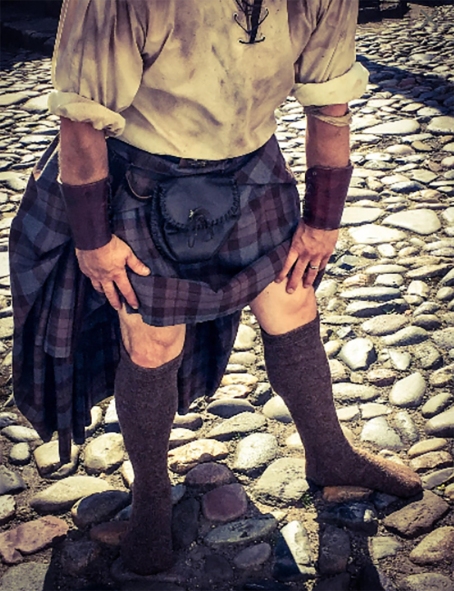 In order to do everyone on his tours a favour (Andy has his own tour company, Highlander Tours), let alone his poor wife, Ana, I decided to knit him some new hose!

As he’s a busy chap and I’m also pretty busy as well, I had to resort to Facebook messenger to get his leg length (I knew roughly what it is as I know how tall he is, but I wanted to check). This is a screenshot of the conversation… 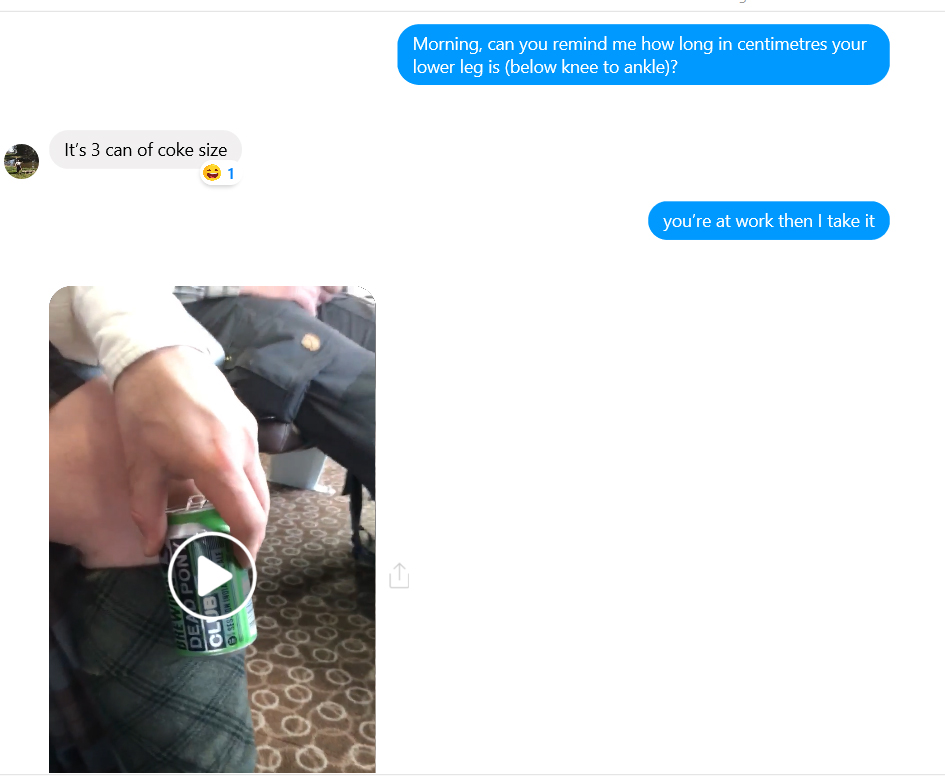 A can is not the most helpful measuring tool I have ever used!

Did seem to work OK though 😉

While I was working on the new pair, the old pair had one last outing – on to a film set in Turkey. They will be appearing in a film later in the year, I believe, so that will be the second time my knitting will be appearing on screen (I also knit for the American TV show, Sleepy Hollow, last season) 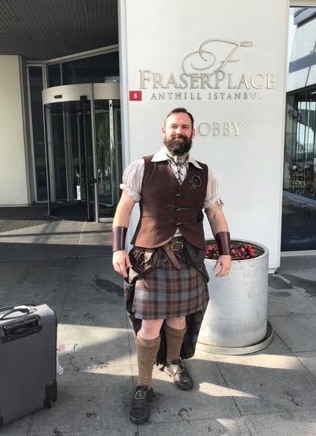 Andy Outside Fraser Place hotel in Istanbul (could have stayed in a more appropriately named hotel?!).  Photo credit: Andrew McAlindon

By the way, the historically-accurate shoes he is wearing here were a 40th birthday present from me and some of our friends (they’re very comfy and I can personally vouch for Tod’s women’s shoes as well). They are available to purchase from Tod Booth.

When Andy got home from filming, these were waiting for him…

As you can see, they have been reinforced at the toe and heel with linen thread (I’m not sure it will help that much, but it was worth an attempt) and also knit in modern, machine washable wool this time (Regia 4 ply) so there’s no excuse not to wash them at the end of a long day showing guests around our beautiful country 😉 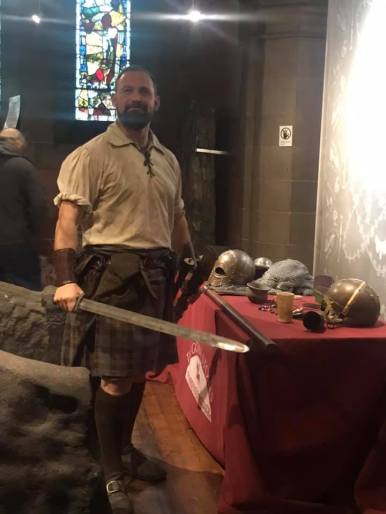 Postgrad student at University of the Highlands and Islands, reenactor, knitter, dressmaker, wife, mum. View all posts by J Watson